In the TM manual, on p. 64, under the heading "Inserting a document", I read that "Objects in frames (e.g. text frames, picture frames, etc.) will not be imported." This raises the question as to whether frames contained within a text extent can be copied and/or moved as part of that extent. In other words, if one copies a portion of a document that contains one or more frames, do the frames come along at paste time?

TextMaker handles text and object frames in different modes (edit mode and object mode). So you need two steps to copy or move text with objects:
First, set both documents to edit mode, select the text, copy and paste.
Second, set both documents to object mode, select the objects, copy and paste.
For best results, objects should be copied pagewise. If you select and copy objects from more than one page, paste results may be unpredictable.
Top

I was just going to start a thread on the trouble I've been having with “Text Frames” when I discovered this thread. Thanks VLMin’s!

Is this a bug or am I missing something?

I also noticed that, if the entire editable area of a page (i.e., all the space between the margins) is covered with a “Text Frame,” or a contiguous series of “Text Frames,” then it doesn’t seem possible to add additional pages. In TextMaker (as it currently exists), the cursor must be outside the frame in order to add a page, and it doesn’t seem possible to get outside a frame if it/they are covering the entire page – but I could be wrong.

Of course the second issue is hardly catastrophic, as the issue can be avoided with planning or overcome with sagacity. I mentioned it only to make this post on text frames complete.

After still further testing, I discovered that the problem with “Text Frames” being pasted as “Text Fields” is not as clear cut as I made it appear.

First, one need not formally put TM in object mode to fiddle with objects.

The paste problem I described seems to occur most readily if I paste the copied text frame while TM is (again) fully in text mode (i.e., the text cursor is blinking as it normally does).

Sadly, I don’t have time to further explore and explain, and, happily, I now have both work to do and the ability to do it. (Whether I have the time or inclination is another question.

Keep up the good work; surely SMO's perfection can’t be much further away!

In a terrible hurry; hope this is okay!
Top

RKanarek, I know you're busy, so I'll be brief.

First, thank you for both of your posts, most helpful!

RKanarek, what you are describing is not a bug, but the expected behavior. We have frame objects and objects that float with the text. For example, there are pictures and picture frames. If you copy a picture frame to the clipboard and paste it, the resulting objects depends on the mode you are in: in regular editing mode, the picture frame becomes a pictures, in object mode it stays a picture frame. Same thing vice-versa.
Martin Kotulla
SoftMaker Software GmbH

That's why I wrote: "set both documents to edit/object mode". It's true you can also copy an object while in edit mode, but I preferred to keep it simple.
Top

Thanks for the replies. I’m sorry for the lateness of my reply, but, ironically enough, I’ve had some computer issues (to say nothing of time issues).

Given that it is intrinsic to the nature of copying anything that the copy should be as similar as possible to its original, I would not myself consider TM’s creation of a text field when asked to copy a text frame an “expected behavior.” It becomes even less expected when TM does this silently and without warning, and it becomes downright surprising when the “copy” is sufficiently similar in appearance to the original such that detection of the substitution is not immediate.

Aside: Here’s a possible niche market for you to consider pursuing: software for people who actually read software manuals.

Thanks again for the replies and the supplemental information.

By the way: In the German forum, a user just published a BasicMaker script for copying text and objects together:
https://forum.softmaker.de/viewtopic.ph ... 14#p117014
Unfortunately all variable names and comments are in in German, but perhaps someone is BasicMaker-savvy enough to make use of the script.
Top

1. Observation: TextMaker Modes
There seem to be three modes for TextMaker: text (normal) mode, object mode (toggled by upper-left arrow icon), and quasi object mode. The latter mode is object mode that is engaged when one selects an object, and that remains engaged only until one does something text-mode-like. This is not a complaint, just a possible explanation as to why I had trouble reproducing the object problems previously discussed.

3. German BasicMaker Script Reference
Thanks for the tip, Jossi. One day I’m going to set myself to learning to use BasicMaker; I think it could be quite useful for doing the sort of document fiddling I’m interested in.

Addendum: I've attached screen captures of a group of text frames (objects) that have been copied, the same group after pasting, and one of the text frames (objects) after it has been ungrouped. I can never get images to appear in proper order, but I'm sure you folks will be able to figure out which is which.
Also kindly notice that, in addition to the offsets of the copy being a bit off, they have changed from "page margin" offsets to "page" offsets. I wonder if this isn't another example of TextMaker's long standing problem with positioning objects ("Move Object with Mouse ‒ Object May “Disappear”," https://forum.softmaker.com/viewtopic.php?f=299&t=17635). 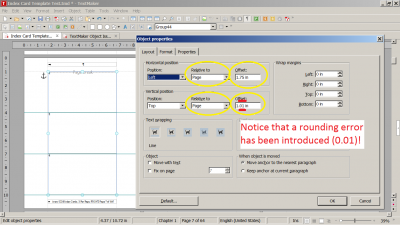 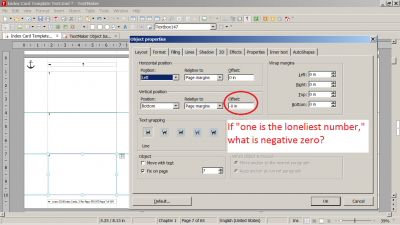 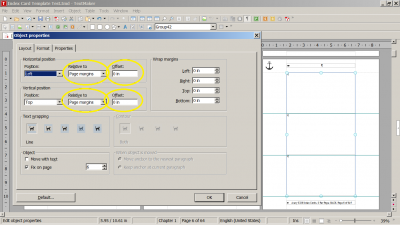 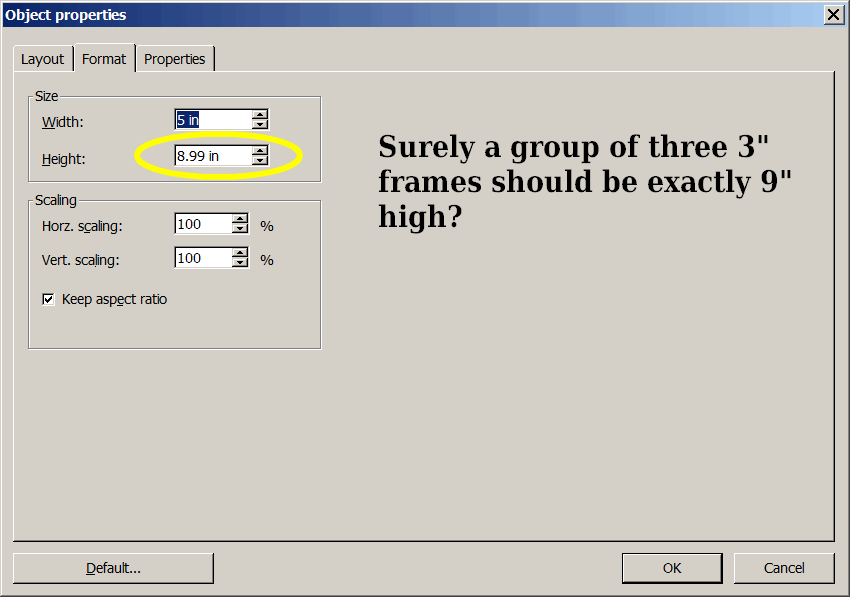 Return to “TextMaker 2018 for Windows”