It has been quite sometime since I asked...

Anything happening with an iOS version?

Currently in the USA iPads and iPhones are the product of choice in the Healthcare field.

iOS developer do tend to make a much higher return on investment that do Android developers, however I can understand that it is much large pool to play in and many apps disappear under the weight of so many like apps.

Perhaps instead of thinking of the iOS version as a being buried under all the other iOS Office clones you thought of it as way to promote Softmaker Office for Windows and Linux to the US market?

I don't know how well your US sales are going, very well I hope, speaking as someone who has been using your products for well over a decade, but they can always do better.

sven-l wrote:There are no news regarding the iOS version of SoftMaker yet and there is no time frame for that version available. We will inform you via newsletter as soon as we have any news.

sven-l wrote:No news yet regarding the iOS version. We will inform you as soon as there are any news.

sven-l wrote:There are no news yet regarding the iOS version of SoftMaker Office. The developers were very busy with the Android version. We will inform you as soon as there are any news.

sven-l wrote:Patrick,
There is no need to ask the same question over and over again in different forums. Thank you!

martin-k wrote:An iOS version is on our wishlist, but no coding has started yet.


PS something to think about from the HanDBase forum

There are still no new regarding the iOS version. We will inform you as soon as there is such a version available.
Sven Leßmann
SoftMaker Software GmbH
Top

sven-l wrote: ↑Tue Aug 04, 2015 7:46 am There are still no news regarding the iOS version. We will inform you as soon as there is such a version available.

The quote is from August 2015, almost three years ago.

I see your Mac version is now available.

So please folks give some more thought to a iPhone/iPad (iOS) version.

We are experimenting with iOS...
Martin Kotulla
SoftMaker Software GmbH

Jumping up and down with enthusiasm!
Patrick West
Top

just registering an interest. Please continue with your experiments.

Why after using Softmaker Office for over a decade did I stop upgrading?

Simple, the lack of an iPhone/iPad version. I came to Softmaker Office from frustration with Microsoft Office on the iPaq. I ended up purchasing it and later the desktop version and the WindowsCE embedded version for use on a ViewSonic Tablet.

When I made the switch to iPhone and I went to an Android Tablet I purchased Softmaker Office for Android. Later I switched to an iPad.

These days to have a decent version of office on my iPad I need to use Office365.

Most of the Mac users I know use either the Apple suite or Microsoft Office. Linux continues to be a niche OS

So as Android tablets continue to be a fragmented also ran market with iPad still the clear lead, and yes Microsoft Surface in third, it is clear that to stay relevant Softmaker needs to release an iOS version.

Thanks for your interest. A new android version is a few months away and we're making our best to create an iOS version.
Top

I am a licensed Softmaker Office 2018 for Mac user. In my work I use both Macs and iPads. I would really like to see an iPadOS edition that supported handoff. That way I could easily transfer my work between devices.

Right now Softmaker is restricted without an iPadOS edition. Clients get really excited when I present Softmaker Office. Unfortunately, the excitement dies quickly when they realize that they will have to use a different app on their iPad.
Top

Thanks for your suggestion and for feedback. I have forwarded this request to our development team.
Top

Needed this so much! Hope this push through
Top

Worldwide speaking, Android market share is more than 70% when iOS is barely above 20%. It makes sense to prioritize Android version. Even on Tablet Apple's marketshare is just above 30%. I don't use iOS based device but I have some friends who use it and are very Apple centric. Softmaker's chance to penetrate that market is tiny. Porting software to a very specific, pretty not standard operating system costs a lot of money and unless Softmaker does not see a return of investment, the iOS version of Softmaker office is unlikely.
Top

There are over 200 million ipad's currently capable of running Softmaker Office. That is a good sized market.


I am a licensed Softmaker Office 2021 user. In my work I use both Macs, and iPads.

Right now Softmaker is restricted without an iPadOS edition. Clients get really excited when I present Softmaker Office. Unfortunately, the excitement dies quickly when they realize that they will have to use a different app on their iPad. Why? Apple handoff.

I see Apple Handoff used all the time in offices. Very popular feature with executives and assistants who are on the go. Apple Handoff makes it easy to transfer documents between iPhones, iPads and Macs. 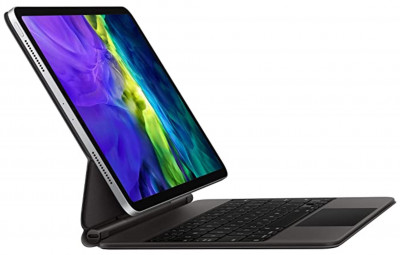