I always use the ‘older’ GUI, never the ‘ribbon’ alternative. This is one of the best features of TM.
I always use a light GUI. That is, the 4th or 6th one, never the dark one at the 5th option.

(1) I find many of the toolbar icons just not bright enough.
Even when I make them as large as I can without eating up
too much space on my screen, it can still be a real strain trying
to identify them.

They are drawn with very thin lines and features, in quite pale
colours, which I find VERY difficult to see on the pale background.

I have tried every combination of settings to make them larger and
easier to see without spoiling some other part of the setup.

This has been one of Textmakers weakest features for many
years alas. In this single respect, I have always preferred other
Wordprocessors to TM. I just so WISH you could use heavier
features with brighter colours, please, Softmaker, for icons.

(2) GUI options 4 and 6 are so nearly the same on my screen that I
wonder why they are both even there. Please, Softmaker, could
you not make one of them a bit darker. This might go some of
the way towards a solution for (1) above.

I apologise for this criticism because whoever drew the icons has obviously worked very hard on them, and has done a great job at producing beautifully drawn images that are both elegant and meaningful. I ask only that they be made brighter and bolder.
——
John
Top

The icons in SMO 2016 were great in this respect; unfortunately, they were abandoned for the pale ones in SMO 2018.
Top

IThough a SMO user since 2012, I wasn't party to the 2016 forum comments, for reasons you may recall Martin, so I am sorry if you were persuaded by unkind comments to make the icons more 'serious' - just as I am that you are being asked to improve them yet again. Making the icons more serious has of course no correlation with how difficult or easy you make the icons for us to see.

Thank you for your swift initial response, and please don't think this is just a superficial or trivial issue. I really do find it a strain, every time I have to take my eyes off my work so that, even with my glasses on, I have to squint and peer closely at my screen, to find a particular icon I need and distinguish it from others close to it. I am not embellishing this for dramatic effect. I do find I have to do what I describe, to see the TM icons.
----
John
Top

I repeat this (again), even though you will hate it (again): try ribbons. The mix of larger (more important) and smaller (less important) icons along with text labels make them great to use. Ribbon users never complained about lack of contrast.
Martin Kotulla
SoftMaker Software GmbH

I used ribbons for years on M$Word. Greatly disliked it

As well as being difficult to find things, it consumes far, far too much space on the screen. It may be clever programming, and it may even be more logical from the programmer's perspective, but it is NBG for wordprocessor users when writing and editing complex documents. What we need to see on the screen is OUR WORK not the programmeer's work! We need to be able to reduce the vertical space used by the GUI to as little as possible and to see as many lines as we can of our own document on the screen,

The toolbar GUI is the only one that makes this possible. I use two toolbars, and move one over to the left, leaving a lot of vertical space for MY OWN DOCUMENT.

I really, really like TM. Its many good features more than make up for its quite poor VISUAL details. I can well understand, if you have tried to tone down the surrounds and icons, to make the document stand out, but you have made the icons just too hard to see easily. Too thin. Too failt. Too light on a background that is also too light. I am longing to see SoftMaker improve the icon appearance, because they are just far too difficult to read, and this makes it hard work using TM.

TO show what I mean, please COMPARE three screenshots below, all to same scale: 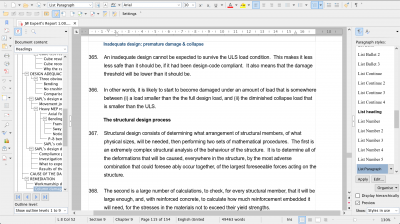 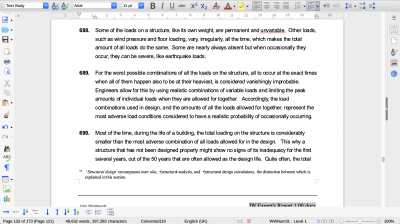 WP '3'
Inferior WP but icons far better than TM's
Icons as small as TM icons but very sharp and clear
Excellent. Much, much better than TM. 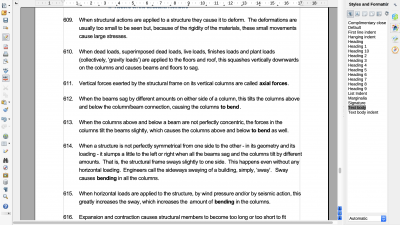 Do, please fix this for us, SoftMaker!
---
John
Top

Sorry, I don't see multiple icon sets this happening. We cannot redraw more than 1500 icons, in multiple resolutions. This would be a massive multi-months effort, for a minority of the users.

Incidentally, the ribbon UI can be made to take up less vertical space than toolbar by collapsing it.
Martin Kotulla
SoftMaker Software GmbH

Well how about changing very slightly one of the two nearly-identical toolbar GUIs, numbers 4 and 6. They seem so alike that I can't see the point in having both of them as they are just now. One of them is redundant. So this is an opportunity for you to improve the visibility of your ultra-thin, very light-coloured, low-contrast icons on very light grey backgrounds, with almost no effort needed to achieve it. Please could you modify one of these by darkening, just a little, the toolbar background, so that we can see the icons more easily. This will also mean that GUIs 4 and 6 will no longer be almost identical.

It's a possible solution that, with, what, half an hour's work on the code (??), might greatly improve the user experience.
Your icons are beautifully drawn but on the light background they are anaemic. Much too faint, Martin.
---
John
Top

GUIs 4 and 6 are far from identical, they just happen to be similar on your system. One uses a Windows 10 style UI with fixed colors, the other one takes the colors from your operating system.
Martin Kotulla
SoftMaker Software GmbH