I had some annoying problems when introducing images in the left margem of a text. I used the properties interface (see print-screen attached) to adjust the placing referring to the paragraph as well as the hight of the images.
Frequently when clicking on the Ok button for saving (print-screen 2), on doing so, the cursor arrow appears in the shape of the hand (used in some actions to illustrate de moving function) and when this happens, Text maker crashes.

I tried to understand when exactly it happens, but I can't find any conclusive answer.
1) it occurs more often when pointing the words on the buttons OK or Cancel, but it happens also from time to time if you just point to a non-written part of the button;
2) it occurs more often after some work with several images (memory?) but it happened also two times immediately after restarting text maker.
3) it happens less frequently when waiting a moment after moving the cursor to the button and then smoothly tap on the trackpad, but even then it happened one or two times.

I hope my explanations helps to understand the problema 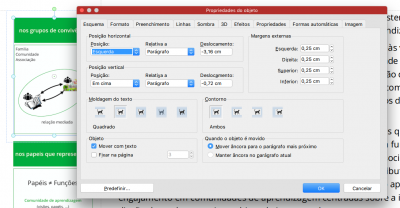 So it seems you cannot reliable reproduce that crash? I tried it with TextMaker rev.933 on a Mac Mini with macOS 10.13 (High Sierra) but there is no crash. It would be important for us to find a way to reproduce it.
Sven Leßmann
SoftMaker Software GmbH
Top

I'll try to have some more experiences during the weekend and will be in touch.
Thanks for questioning.
Top
Post Reply
3 posts • Page 1 of 1